On 17 February, on the occasion of the visit of CEO, General Authority for Investment and Free Zones (GAFI) and Executive Secretary/CEO, Nigerian Investment Promotion Commission (NIPC) to Japan, UNIDO ITPO Tokyo, together with Japan External Trade Organization (JETRO), organized a business seminar on Egypt and Nigeria; two of the most rapidly growing nations in Africa. The venue was quickly filled through advance registration; a sign of much interest from Japan’s business entities towards the two countries. 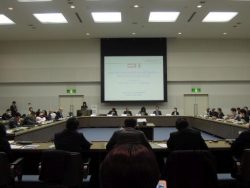 Ms. Sachiko Yoshimura, Director-General (Industry & Business Development Support), JETRO, made the opening remarks followed by a presentation by Ms. Sawaka Takazaki, Middle East & Africa Division, JETRO. Based on the outcome of the survey conducted in 2016 (responded by 299 Japanese companies in 24 African nations), Ms. Takazaki explained the economic situation in Africa along with the status of Japanese companies already present in these countries. The focus was given on the fact that Nigeria ranks at #1 and Egypt at #3 in both nominal GDP and the size of the population, and also on the fact that “the increase of sales” and “the strength of growth and potential” in Africa are acknowledged as some of the reasons the Japanese companies continue to expand their businesses in the African market. Ms. Takazaki also touched upon the attractiveness, the risks and the future perspective of the market in Africa. 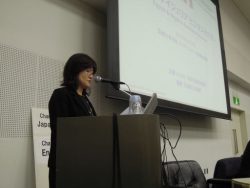 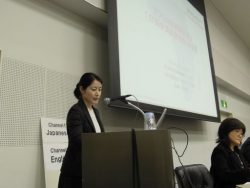 The presentation on businesses and investment environment by each country was then introduced followed by the presentations by the representatives of the Japanese companies operating in the two countries. 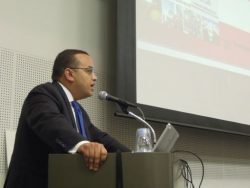 From Egypt, Mr. Mohamed Khodeir, CEO, General Authority for Investment and Free Zones (GAFI) presented the market in the country by touching upon how the persistence of leadership by President El-Sisi has brought growth and stability to the country. Mr. Khodeir encouraged the investment by the Japanese companies to Egypt as the country further builds infrastructure and resilient economy to put a system in place to absorb external and internal shocks.

Mr. Isao Sekiguchi, Chairman and Managing Director, North Africa Operations, NISSAN Motor Egypt S.A.E., echoed Mr. Khodeir in that Egypt has had stability in both politics and security under President El-Sisi. Mr. Sekiguchi added that some of the attractive elements of the country include the growing number of population and the potential of economic growth. Mr. Sekiguchi also touched upon how NISSAN focused much on gaining information prior to the launch of the business in Egypt. While the security issues relevant to operations do exist as in other emerging countries, Mr. Sekiguchi commented that he has personally never encountered serious danger living in Egypt and that all one has to do is avoid the areas to be avoided, just as is the case with many other countries. 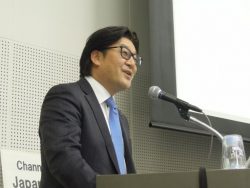 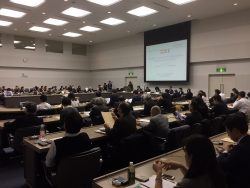 The latter half of the seminar focused on Nigeria. Ms. Yewande Sadiku, Executive Secretary/CEO, Nigerian Investment Promotion Commission (NIPC), mentioned early in her presentation that the country bears challenges such as corruption and terrorism but that they have been taken into account with actions that follow. Nigeria marks highest GDP in Sub Saharan Africa while it continues to grow, economically. Ms. Sadiku also expressed much eagerness to sign a bilateral agreement with Japan to further enhance the exchanges between the two countries. Also, the country aims to go beyond dependence on oil industry and expand further especially in the areas of agriculture, solid minerals, healthcare and education. She urged Japanese investment in Nigeria before missing the opportunity to capture the market of 183 million. 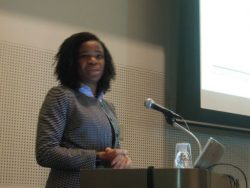 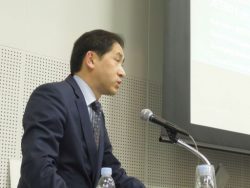 ​As a final speaker, Mr. Koji Sato, Sales Development & Marketing Director, B2C Products, shared Canon’s and his experience of launching business in Nigeria through the establishment of a locally incorporated company in the fall of 2016. “Low disposable income, heavy parallel trade and current risks are some of the major challenges that the company still faces” said Mr. Sato. Yet, the company has an ambitious goal of reaching 20% growth in market expansion in Nigeria. Based on his experience, Mr. Sato added that he feels that a mid-long term commitment will bring sufficient return rather than a short-term commitment which may be difficult in operating successful businesses in Nigeria. 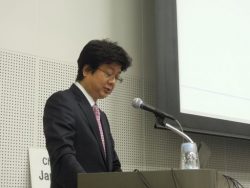 In closing, Mr. Hiroshi Kuniyoshi, Head of UNIDO ITPO Tokyo, stressed that JETRO and UNIDO stand by to support the participants’ endeavor to launch their businesses in Egypt and Nigeria and that these organizations shall be fully utilized.

The enthusiasm of the participants did not end with the Q&A session but continued well on to the networking session with long lines in front of the speakers visiting Japan.

Canon Europe “Canon’s Business in Nigeria” *In Japanese only