Minister of Industry, Energy and Mining of Uruguay Visited Japan

Minister of Industry, Energy and Mining of Uruguay Visited Japan 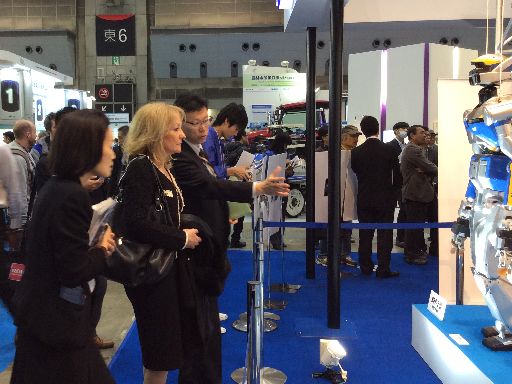 During her stay, Minister Cosse visited “International Robot Exhibition” held at Tokyo Big Sight. She observed the latest robot technologies of both industrial and service robots, and carefully listened to the explanations by the exhibitors.

At the exhibition site, Minister Cosse met with Mr. Tsuyoshi Hoshino, Parliamentary Vice-Minister of Economy, Trade and Industry and exchanged views on robot industries in both countries. She also had a meeting with Mr. Kazuo Furukawa, Chairman of New Energy and Industrial Technology Development Organization (NEDO) and discussed possible cooperation in the field of advanced technologies in future.

In the press interviews organized in Tokyo, Minister Cosse, while referring to Uruguay’s recent achievements of “one laptop per child” with expansion of internet access, and also of significant growth in renewable energy, expressed a strong intention to develop advanced technologies in the country.