TOKYO, 8 April 2019 – Director General LI Yong met with Kenji Yamada, Parliamentary Vice-Minister for Foreign Affairs, to discuss opportunities for cooperation in the context of the Japanese G20 Presidency 2019 and the forthcoming Seventh Tokyo International Conference on African Development (TICAD7), as well as to address the problem of maritime plastic waste. 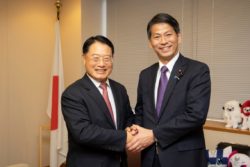 TOKYO, 8 April 2019 – Director General LI Yong met with the newly appointed Chairman and CEO of the Japan External Trade Organization (JETRO), Nobuhiko Sasaki, and informed him of UNIDO’s past collaboration with JETRO, and of the plans for joint activities in the context of the Seventh Tokyo International Conference on African Development (TICAD7), which is taking place in August 2019. 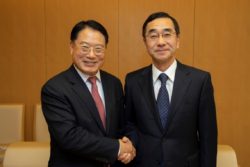 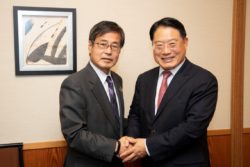 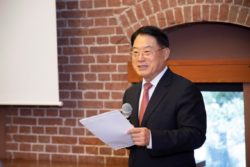 TOKYO, 9 April 2019 – Director General LI Yong spoke at the Japan-UNIDO Multi-stakeholder Cooperation Dialogue titled “Industrialization and Innovation in Africa”, which featured strategies for Africa from the development perspective of UNIDO, the business side, and the diplomat’s perspective of African representatives in Japan. 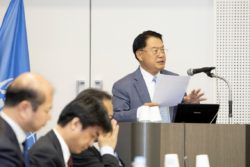 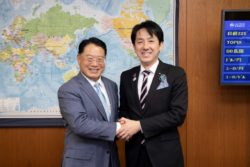 TOKYO, 10 April 2019 – A UNIDO delegation led by the Director General was welcomed by the Executive Vice-President of NEC, Toshiya Matsuki, at the NEC Future Creation Hub in Tokyo where he received an inspiring presentation of state-of-the-art artificial intelligence and biometric authentication technologies that could be applied in technical cooperation projects. 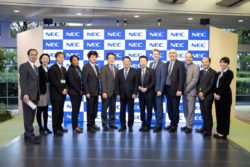 TOKYO, 10 April 2019 – The Director General delivered a keynote speech at the UNIDO-Sophia University seminar titled “Industrialization, Development and the SDGs – Your future career in the UN” and engaged with Japanese students to inform them about the SDGs and about career possibilities in the UN system. 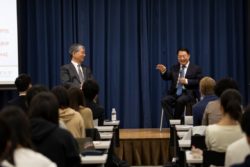