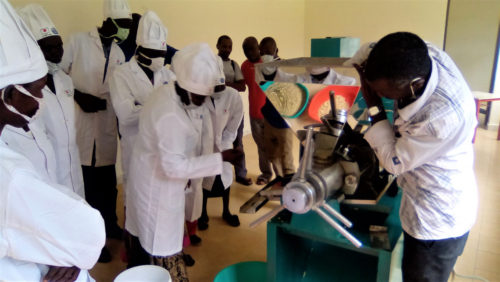 JUBA, 17 September 2020 – Since 2017, the conflict in South Sudan has internally displaced some two million people and left more than twice that number facing crisis levels of acute food insecurity. Yet, the country has a vast agricultural potential, with the possibility of developing modern agricultural value chains. With funding from the Government of Japan, the United Nations Industrial Development Organization (UNIDO) has implemented a project to create employment and income opportunities for internally displaced people and their host communities by providing skills and entrepreneurship training, and by establishing the basic facilities for agro-processing.

To mark the completion of the project, two events have been held in the presence of the Ambassador-designate of Japan to South Sudan, Naohiro Tsutsumi, and the Minister of Trade and Industry, Kuol Athian Mawien. On 15 September, a refurbished edible oil processing work space in Gumbo was handed over to project implementation partner, the Mazzarello Women Promotion Centre, which is administered by the Salesian Sisters of Don Bosco-Gumbo. On 17 September, a ceremony marked the hand-over of the Agro-processing Training Centre at the South Sudan National Bureau of Standards (SSNBS).

The project, which began in April 2019, has trained 244 internally displaced people and members of  host communities in entrepreneurship development, and group savings and loans, as well as in the extraction of edible oil from sesame seeds and groundnuts, including the post-harvest handling of raw materials. Eighteen officials from the SSNBS under the Ministry of Trade and Industry, and from the Drugs and Food Control Authority under the Ministry of Health were trained (training of trainers) in food safety. Thanks to the income from producing and selling safe and nutritious edible oil, it is expected that internally displaced people and host community groups will become more financially self-reliant.

On the occasion of the events, Japan’s Ambassador-designate Tsutumi congratulated the project beneficiaries on their achievements. He expressed his expectation that the project beneficiaries will continue their business by producing and selling nutritious edible oil to support their families, send their children school and so empower themselves. Tsutumi said he expects the Government of South Sudan to share the achievements of this project with others in order to empower women and to make the best use of the country’s rich agricultural and human resources. The Minister of Trade and Industry, Kuol Athian Mawien, thanked the Government of Japan for funding the project and said additional financing would help train even more people in need. 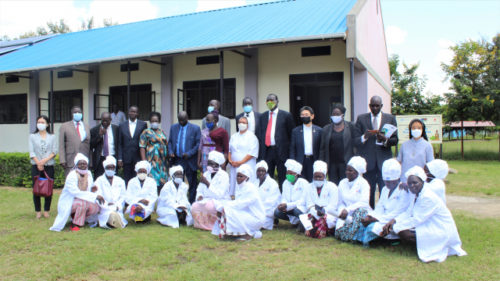 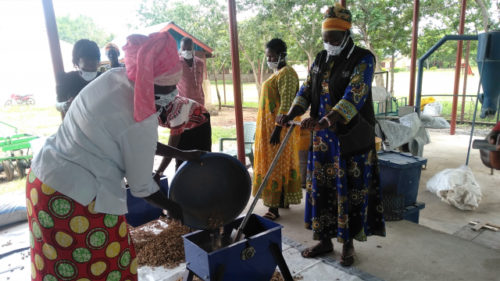