《Interview》 Mauritius as an investment centre for Africa

《Interview》 Mauritius as an investment centre for Africa

From website of the Ministry of Foreign Affairs, Japan

Located in the Western Indian Ocean and possessing a population which consists halfway of Indian descendants despite its location in Africa, Mauritius is now putting more efforts into its financial sector in order to become an investment centre for African countries. It is working to promote direct foreign investment by transforming its economy beyond the traditional industries of sugar and textiles and by setting up the Mauritius International Financial Centre and Special Economic Zones. In early June, UNIDO ITPO Tokyo invited two delegates from EDB, Economic Development Board of Mauritius through its Delegate Programme in response to the increase in demand from Japanese companies that want to expand their business in Africa. UNIDO ITPO Tokyo interviewed Mr. Arvind Radhakrishna, Head of the Global Outreach Strategic Business Unit, about Mauritian economic strategies and what they expect from Japanese companies.

Q, What is your strategy to attract more investment to Mauritius from Japanese companies? 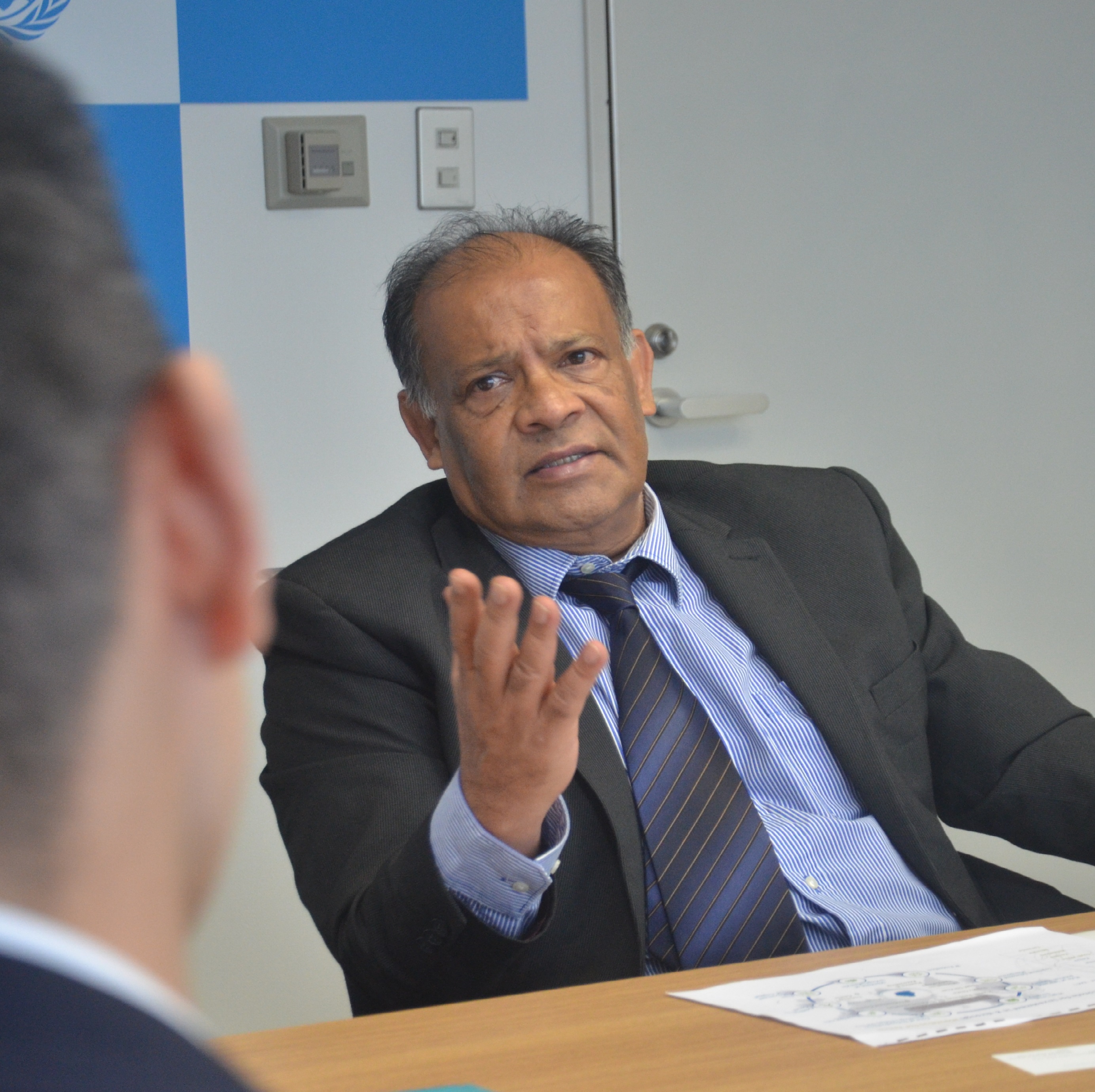 A, Although they appear eager to do so, many Asian countries, including Japan, tend to hesitate to do business with Africa based on concerns with its safety risks and educational standards. However, Mauritius has been ranked 1st among African countries in Doing Business Rankings by the World Bank, and we are proud of our high quality of life, education, and safety. In addition, one of our great advantages is that we can trade with Africa, Europe, and the US without any tariffs because Mauritius has actively developed investment agreements such as COMESA and SADC. As a result, it has become one of the biggest investment locations for Europe. We are planning to establish an EDB Representative Office in Tokyo this August in order to share accurate information with Japanese companies that seek to do business in Africa and to make Mauritius a stronger candidate as an investment location.

Q, Could you name three fields of industry which you want to encourage from Japan?

A, The first priority is the export manufacturing industry. Second is the pharmaceutical industry, and third is the tech industry. We want to attract a wide range of tech companies such as Biotech, FinTech and AgriTech. The entire territory of Mauritius is a Special Economic Zone. We also have developed “Free Ports” where you can import materials and export products with no tariffs.

Q, You need a labor force to develop the manufacturing industry, right?

A, Mauritius has a vibrant labor force that is highly educated and fluent in both English and French, although, due to its small population (1.2 million), it may not be sufficient if you want to hire 5,000 engineers for a local factory. However, we can invite workers from countries like India, Bangladesh, and China because there are many such people looking for a job here, so this is not a problem. 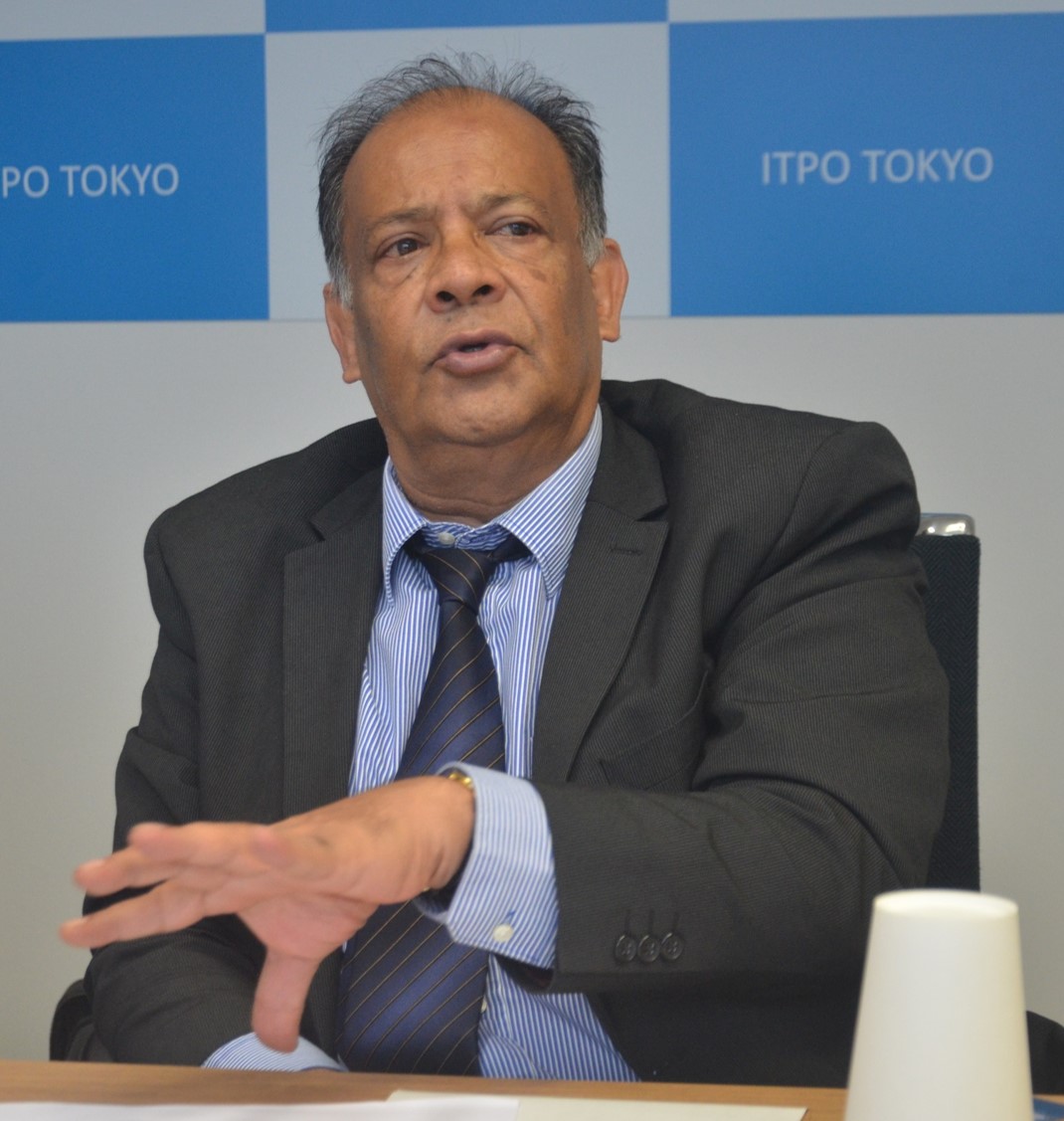 Q, What is the current status of the traditional sugar and textile industries?

A, The textile industry is extremely important. Its vertically-integrated industrial system is well-developed, and we can export 5,500 items without tariffs or quantity limit quotas. This is a great advantage. As sugar cane-utilising agribusiness is diversifying to producing goods like rum and ethanol, the relative share of the sugar industry is gradually declining.

Ｑ, What is your impression regarding the trends of Japanese companies?

Ａ, We have been surprised by the enthusiasm of Japanese companies; they have already researched about us. There have been people who know us well, saying “Mauritius is safe and the education there is good,” but we would like to raise awareness about us and invite more Japanese investors. Currently, Toyota Tsusho Co., MITSUI & CO., LTD., Mitsubishi Co., and Sompo Japan Nipponkoa Insurance Inc. have already expanded their business in Mauritius, and there are more enterprises which are considering doing so. There are more and more business opportunities in various fields thanks to an ongoing project called the “Smart City Project”, which aims to build 15 smart cities across Mauritius.

Ｑ, Will the modification of DTAA with India have any impact on the Mauritian economy?

A, No, I don’t think so. We have been preparing the diversification of the economy for several years, and we actually think the change was a good decision. India has been and will continue to be an essential partner for us. We have a long-lasting and close relationship, and half of our population is of Indian descent. There is an ongoing project in cooperation with India to build subway system.  We would like to have this kind of a good relationship with Japan as well. *DTAA: Double Tax Avoidance Agreement 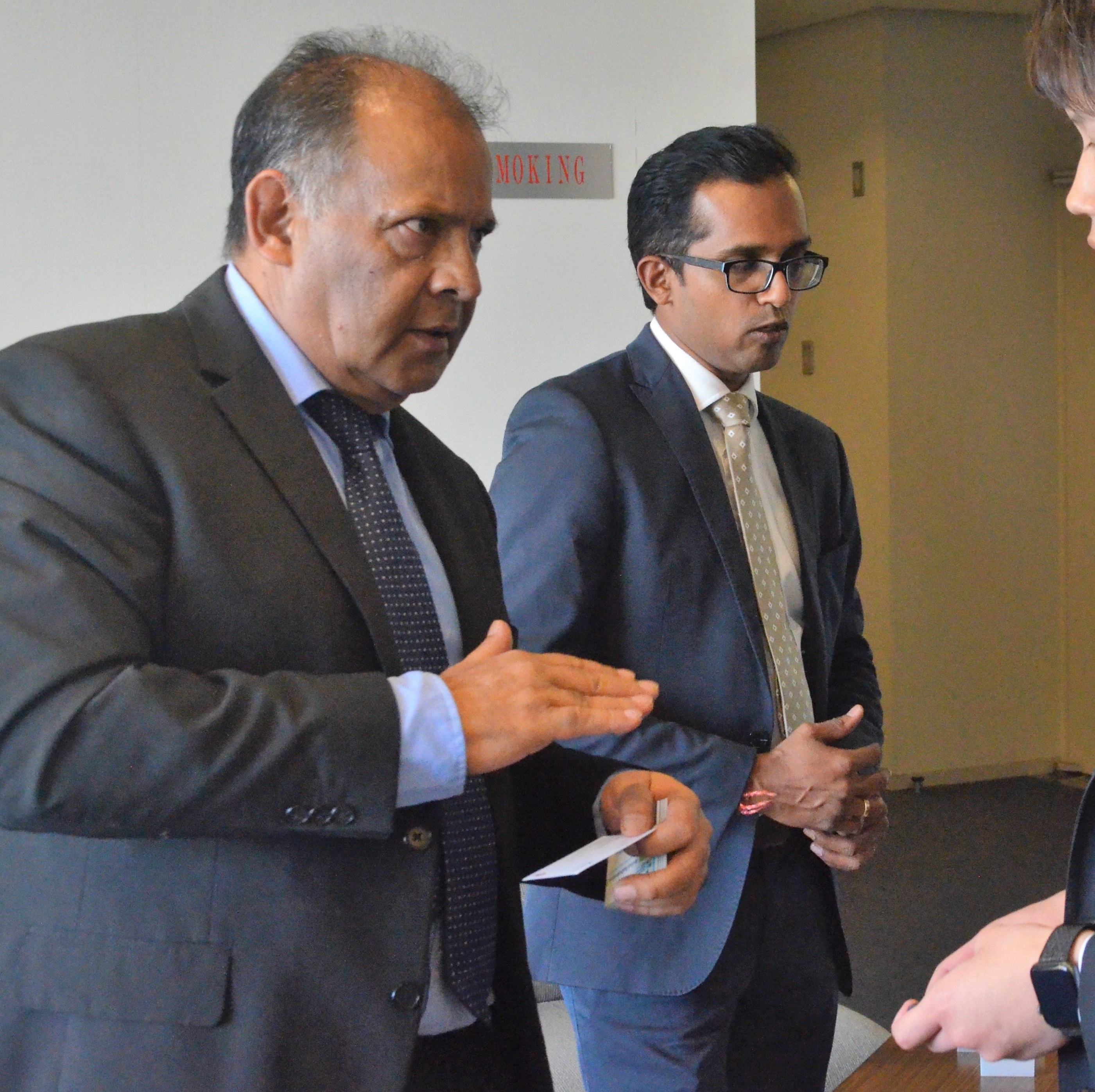 Q, Could you tell me about your next move in Japan?

Ａ, During our visit, we strongly sensed Japanese companies’ high level of interest in us, probably because they have witnessed the emerging presence of China and South Korea in Mauritius. In order to make the most of this opportunity, we will promote the advancement of Japanese companies by building up a base in Japan. We will increase our activities not only in Tokyo, but also in other cities like Osaka. We also want to promote our rich tourist attractions such as beaches, golf courses, and fishing sites because there are still not so many tourists coming and going between Mauritius and Japan.

Ｑ, How did you find Japan during your first visit here? 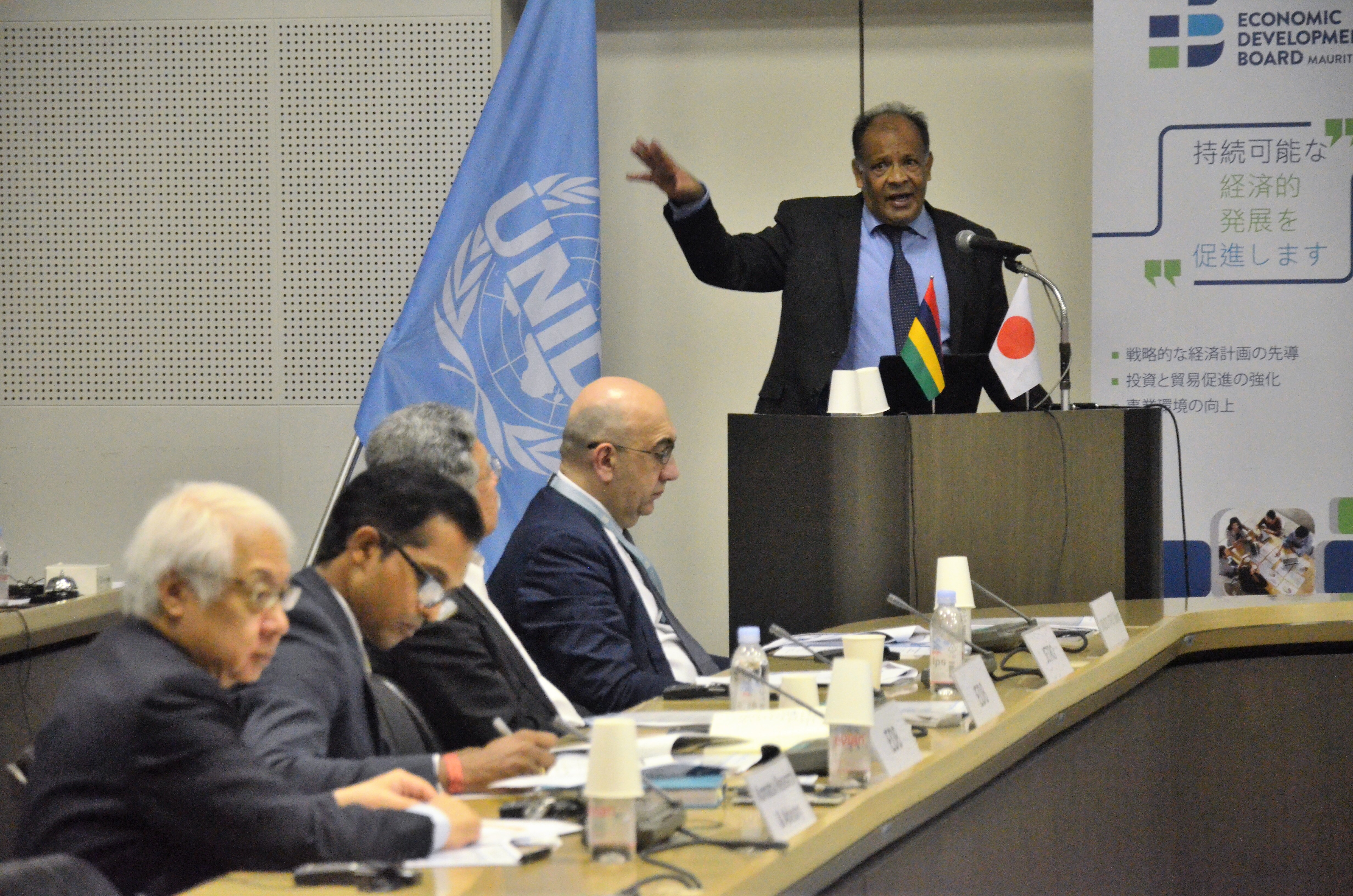 Ａ, I was so surprised by how developed the city and companies are even though I only stayed in Tokyo. Everyone in Mauritius came to know about Japan when the Indian film “Love in Japan” was a big hit. Now, everyone knows Japan so well through brands like Sony, Panasonic, and Toyota and Japan-made household electric appliances and automobiles. It really surprises me that Japan developed so rapidly after the World Wars and became a world-class producer. Because the technology of Japanese firms is highly sophisticated, we want to attract all kinds of Japanese companies, from manufacturers to pharmaceuticals to tech companies, to come to Mauritius.