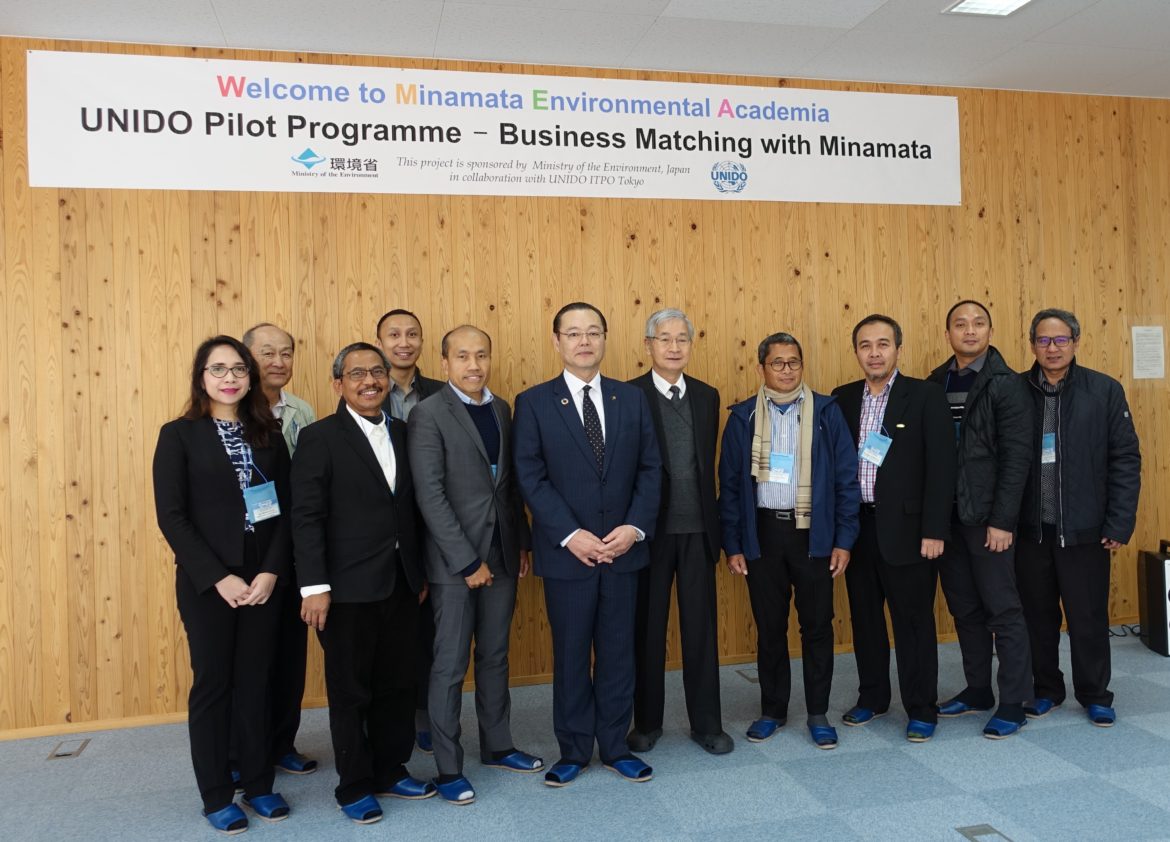 In collaboration with the Ministry of the Environment of Japan (MOEJ) and Minamata City in Kumamoto, the study tour was organized on 18-21 February 2020.

The ‘Minamata Convention on Mercury’ was adopted in 2013 at Kumamoto as the international legal framework to reduce mercury related risks and entered into force in 2017. Since then, under the ‘MOYAI initiative’ led by the MOEJ, technical assistance for developing countries and info-sharing and interactions with Minamata have been implemented.

UNIDO ITPO Tokyo organized the study tour to Minamata for public and private stakeholders from Indonesia, as the phase2 programme of the previous study tour programme targeted at embassy diplomats held in November 2018, since it was decided that Indonesia will be a host country of Minamata Convention COP4 taking place in 2021 in Bali. The programme was designed to provide enlightening opportunities on the history of Minamata Disease as well as business matching between Indonesian participants and Minamata-based companies possessing advanced environmental technologies since Minamata promotes eco-business as ‘Model Environmental City’.

The 4-day programme took place from 18 February (Tue) to 21 February (Fri), 2020. On the first day, the Mayor of Minamata City Mr. Toshiharu Takaoka cordially welcomed the participants and the delegation visited the National Institute of Minamata Disease (NIMD) and the Minamata Disease Municipal Museum, which became valuable awareness-raising opportunities on the history of Minamata Disease. Then, the participants paid a visit to several Minamata-based companies and factories engaging in the environmental businesses including recycling and waste management. On the final day, all the people assembled for the information exchange session, which was great networking opportunities between Indonesian participants and Minamata businesspeople.