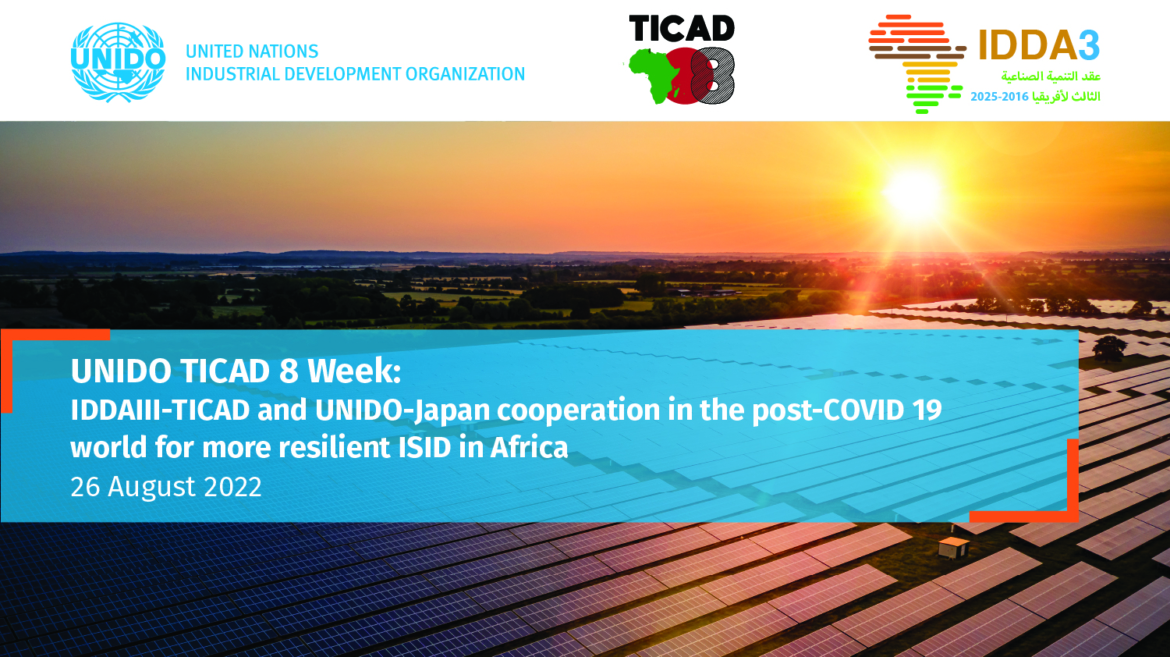 The Eighth Tokyo International Conference on African Development (TICAD8) is to take place on 27 and 28 August 2022 in Tunisia. Since its launch in 1993 by the Government of Japan, co-hosted by the United Nations, the United Nations Development Programme (UNDP), the World Bank and the African Union Commission (AUC), TICAD has become a major global platform for Africa’s development under the principles of African “ownership” and international “partnership”.

As the specialized UN agency for industrial development, UNIDO has been an active partner and supporter of the TICAD process since its launch. UNIDO’s support to TICAD has become even more relevant and significant since UNIDO was tasked to be the lead implementer of the Third Industrial Development Decade for Africa (IDDAIII) in 2016 by the United Nations General Assembly as IDDAIII aims to firmly anchor Africa on a path towards inclusive and sustainable industrial development (ISID).

The COVID-19 pandemic brought far-reaching socioeconomic consequences worldwide; it disproportionately disrupted trade and economy of developing countries and reversed decades of progress toward the 2030 Agenda for Sustainable Development. The Government of Japan continues to strongly support African-led development through TICAD process. In parallel, UNIDO has been strengthening and advancing its contribution toward inclusive and sustainable industrial development in Africa through IDDA III.

Building on a long-standing cooperation between UNIDO and Japan since the inception of TICAD, UNIDO will launch its TICAD8 Week for the period 23-26 August 2022, during which five online events are to be organized:

UNIDO’s TICAD8 Week will allow for the exchange on the direction of industrialization from different aspects, which are highly relevant for Africa, and on how IDDDA III and TICAD as well as the UNIDO-Japan cooperation can contribute to Africa’s industrialization in the post-COVID-19 time.