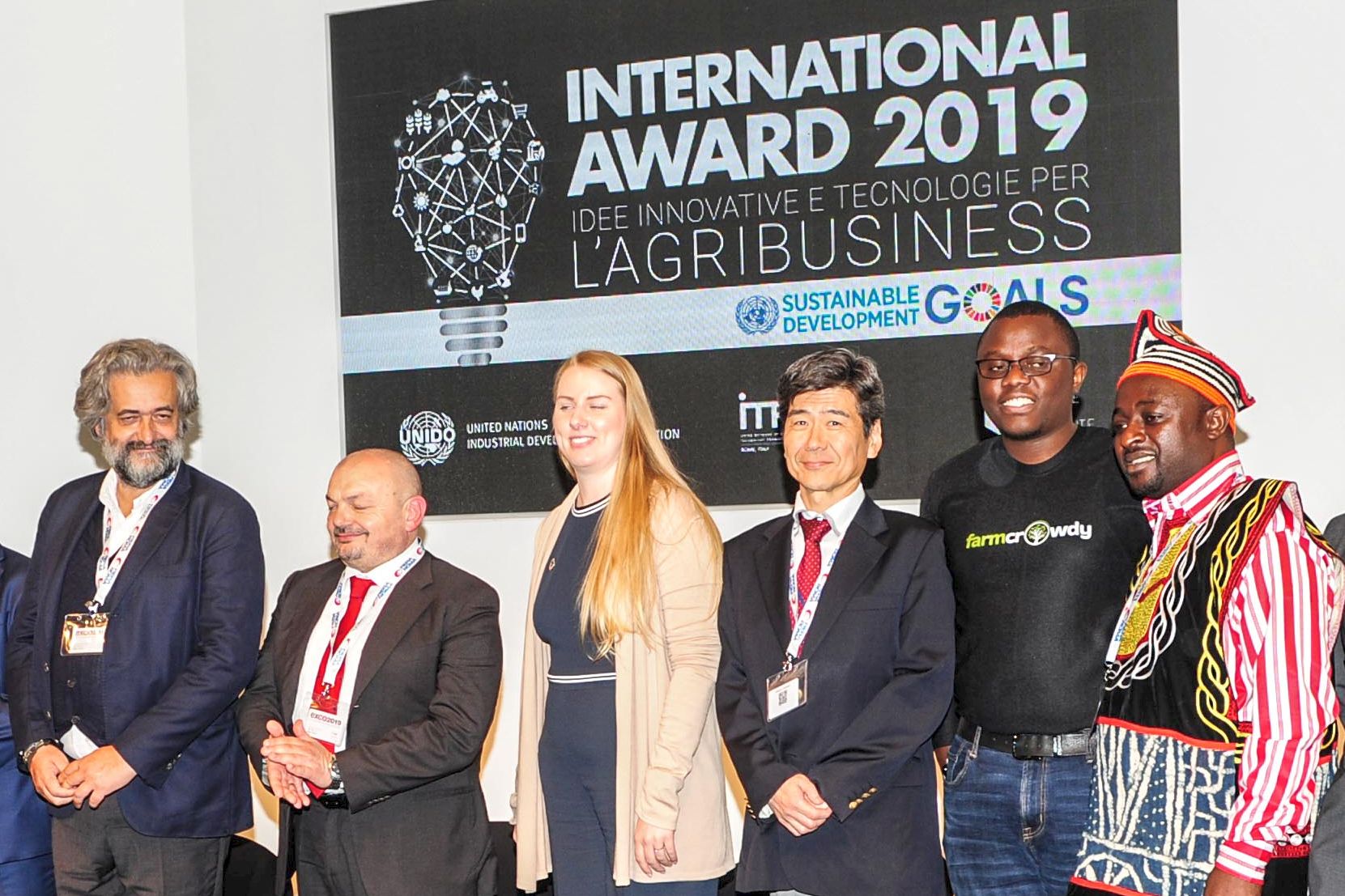 UNIDO ITPO Italy awarded “Imec Film Farming” technology invented by Japanese agribusiness company, Mebiol Inc. the best prize in the general category of the award. The award is presented for a company or an organization with innovative technologies being engaged in challenges faced among the developing countries.

Mebiol is one of the company registered on the “STePP (Sustainable Technology Promotion Platform)” constructed by ITPO Tokyo for informing a wide range of information on the technology of Japanese companies for sustainable industrial development. ITPO Tokyo supported Mebiol to apply for this award. Consequently, with the collaboration between ITPO Italy and Tokyo, a prominent Japanese technology has appeared in developing nations. Both ITPOs will continue to strengthen further collaboration. 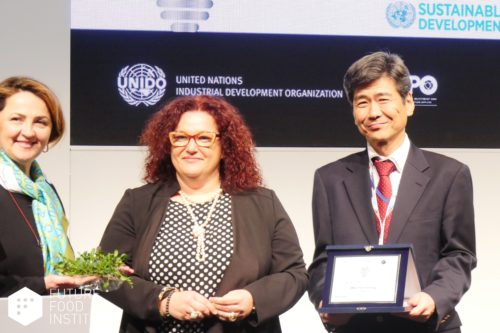 “Imec Film Farming” technology has enabled farmers to grow plants even in the places like desert (less water) or a land damaged from sea water to farmers by utilizing the hydrogel film which allows to penetrate only water and nourishment. Additionally, the crops can grow into high-sugar and high-nutritional ones as they produce a large amount of sugar, amino acids when trying to absorb water from nano-sized gap on the film.

In the ceremony, held on May in Italy as part of the opening day of the 3-day EXCO 2019, only eight companies and organizations were awarded in total. The winners have been awarded on the basis of different categories, including: women, young under 35, nexus between food and climate change, biodiversity and disruptive innovation. This year, the award registered an outstanding success, gathering 440 applications from over 100 countries and 5 continents, such as startups, universities, incubators, research and technology transfer centers, associations and NGOs, innovators and agro entrepreneurs. The proposals were evaluated by an ad hoc jury which, among the others, included the CNR – National Research Council, University of Wageningen, and UNIDO ITPO Shanghai.

At the end of the selection process, the jury selected the following projects: 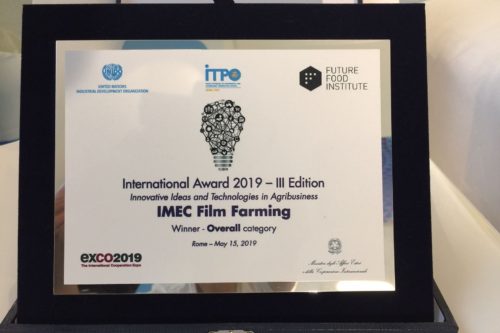 More information on EXCO 2019, where UNIDO was present with an institutional stand, are available on the dedicated website: www.exco2019.com